When I was in the UK, I had the most amazing Baos at Bao London. The following recipe is inspired by the tasty baos that I enjoyed at their little Taiwanese restaurant in Soho. For my recipe, I’m using juicy chicken thighs, a creamy sriracha mayo and for that extra crunch, some fresh veggies. 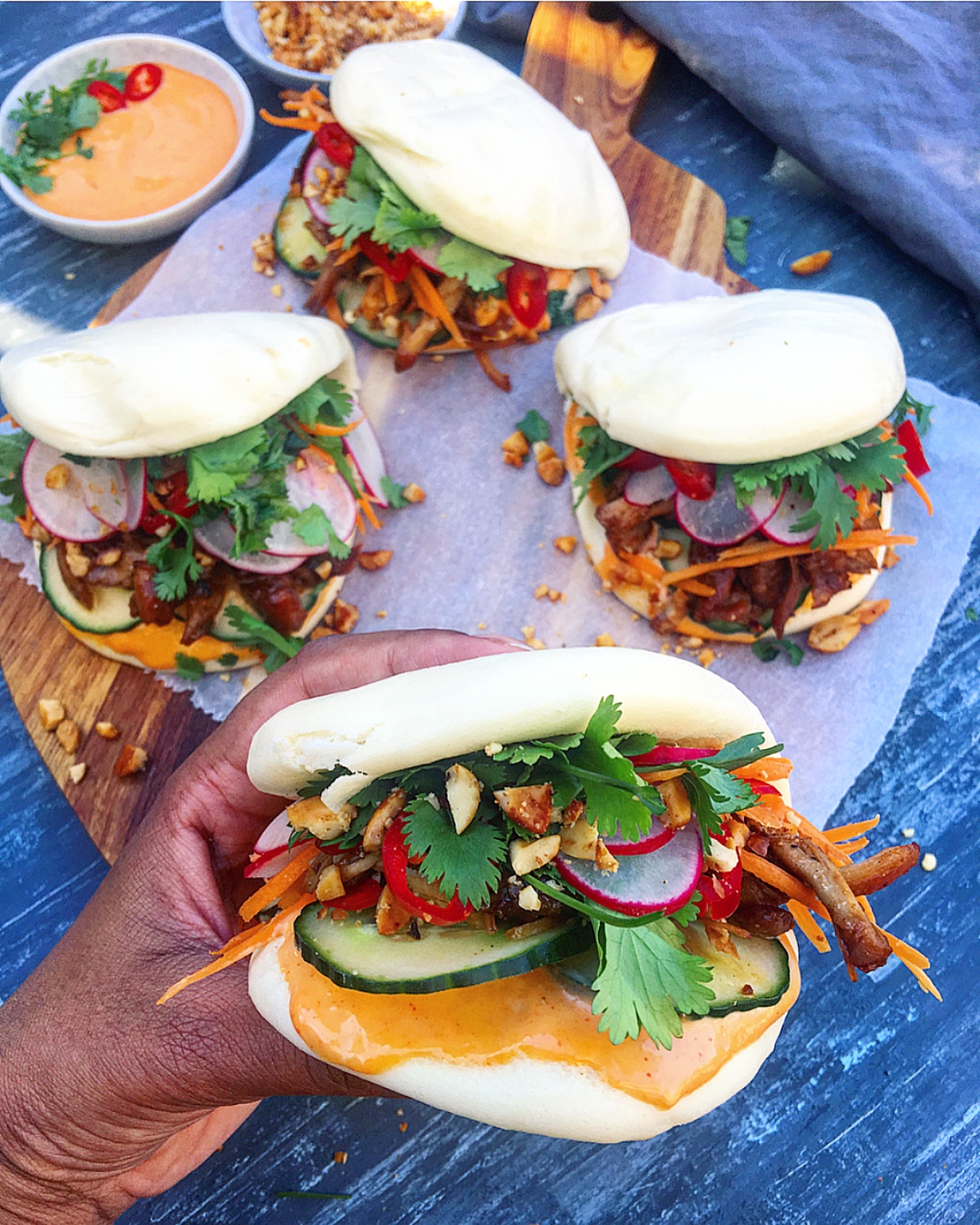 Steamy hot buns, a saucy stuffing and some veggies, that's the recipe for a tasty bao!

Baos (steamed buns) were originally a breakfast dish, but are now a popular on-the-go street food - often so good, that you just keep on eating them. So, I want to share my love affair for these steamy hot buns and their saucy stuffings. Because, what makes a bao so dang good, that it has become a global
phenomenon?

First of all, there are different kinds of baos. The pillowy-soft buns are brimming with a variety of tasty aromatic meats or vegetarian stuffings. One such famous “bun”, filled with barbequed pork is the Char Siu Bao. Unfortunately, due to allergies I’ve not had the pleasure to try this bao, so I’ve learned to stuff my bao with a chicken filling.

It was when chef David Chang of Momofuku restaurant introduced his ‘Ssam’, that I discovered the open-faced bao. But unlike the enclosed bao, this Taiwanese dish (Gua Bao), is served folded and stuffed with fillings, a sauce and crunchy veggies. This combination of the pillowy-soft bun, paired with the marinated stuffings and toppings makes the bao so dang good. 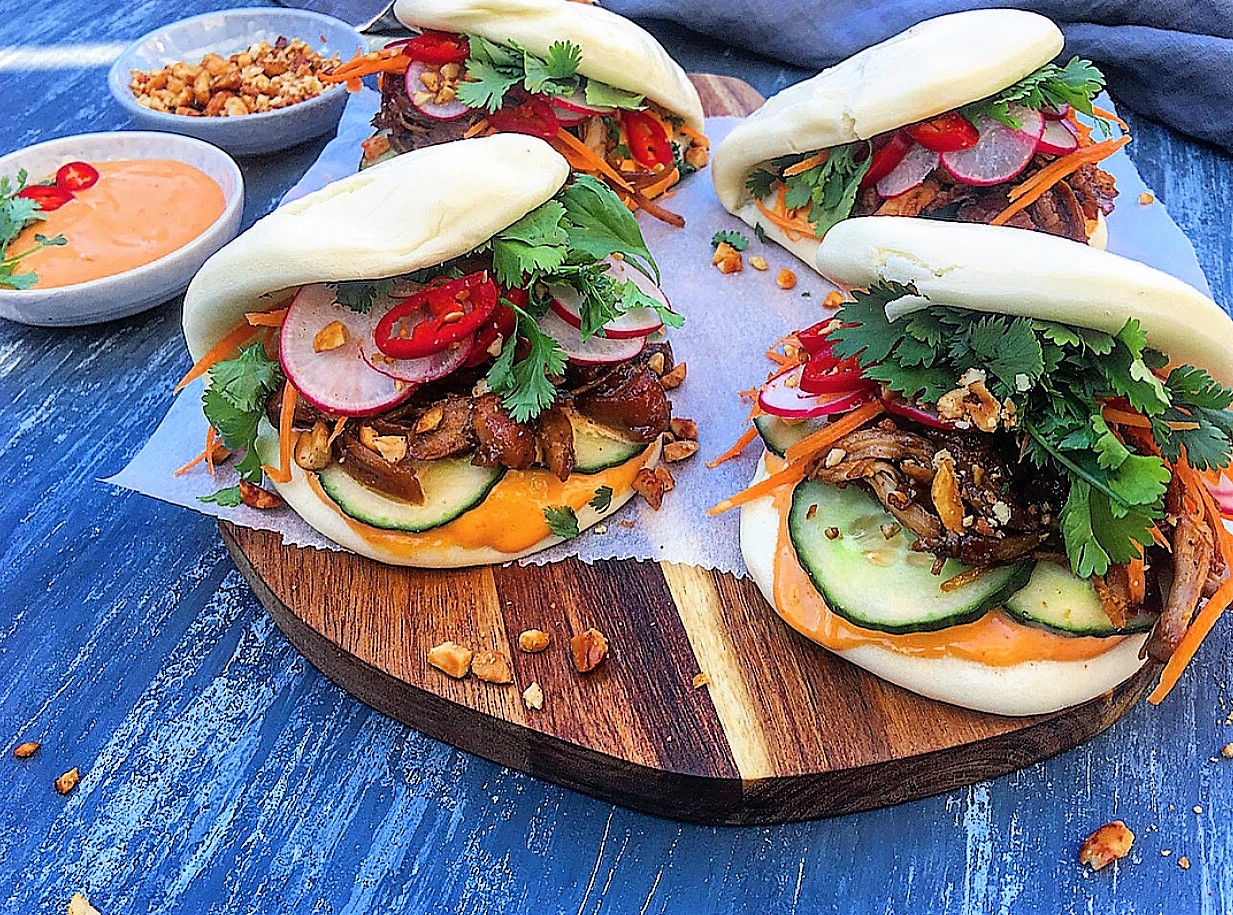 After the amazing experience with the Gua Baos at Bao London, I had to try and create my own open-faced version at home. I chose to go with a pulled chicken style stuffing. For my recipe I wanted a marinade that was packed with flavours and one where you didn’t have to cook the chicken for a long time. I also chose to go for a sweet and sticky note (this also mellows the spicy Sriracha sauce that goes with the bao). Using chicken thighs shortens the cooking time allowing the chicken stay juicy and ready to be pulled with two forks. Stuff your bao and prepare for a foodgasm of the century. 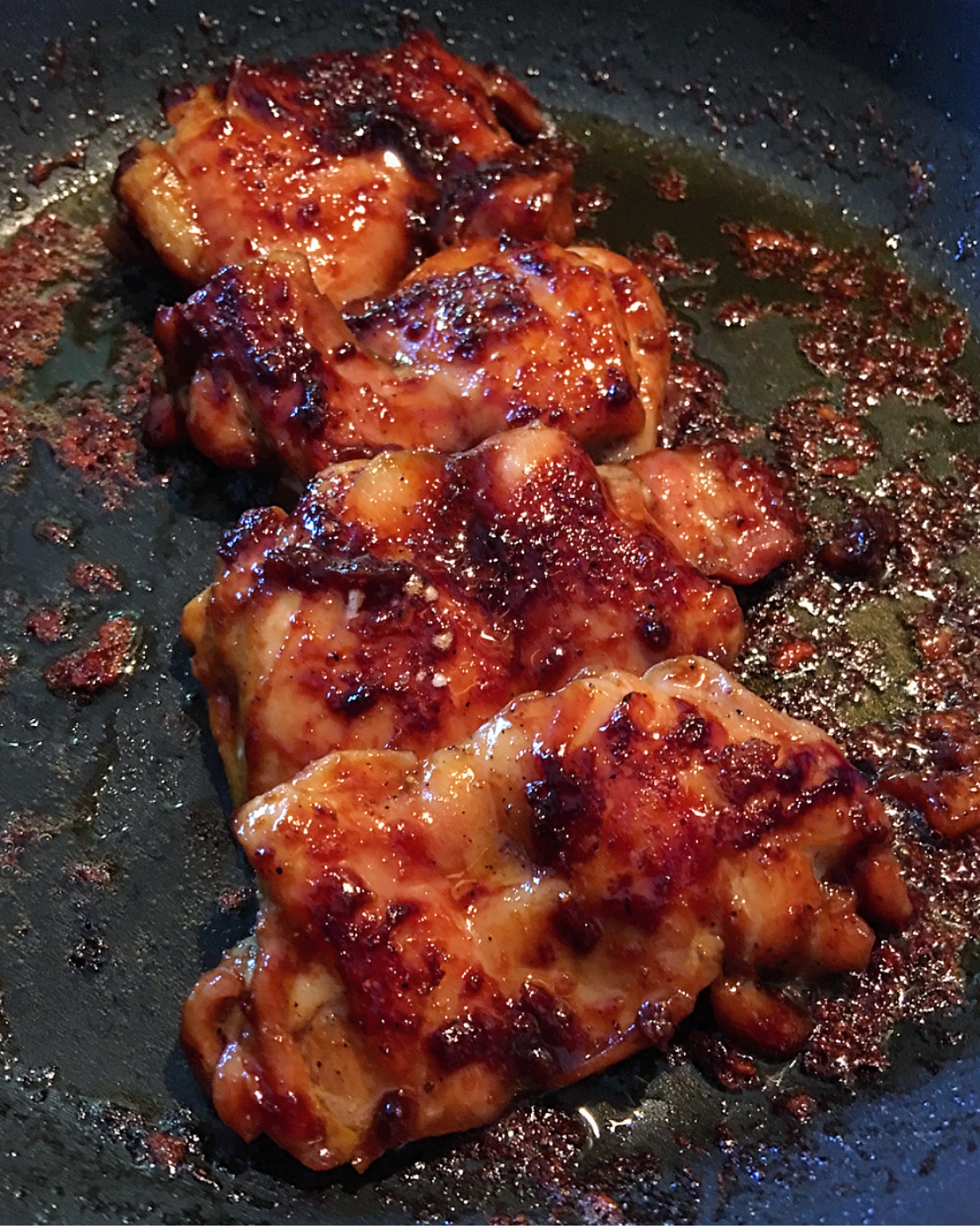 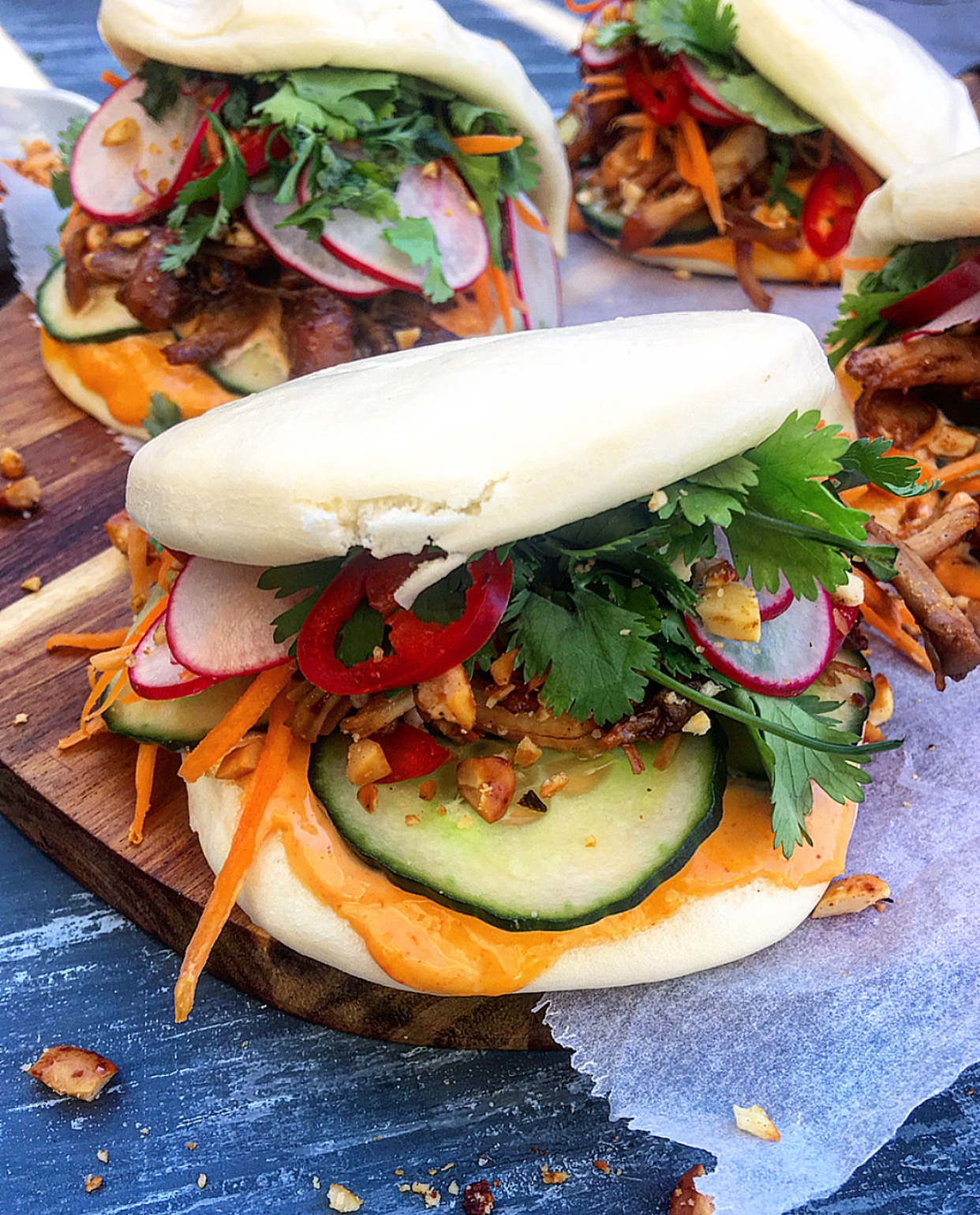 NOTE: this recipe is just enough to stuff 8 baos